It has been 66 years since the mass conversion in 1956 and Dr B. R. Ambedkar remains a pivotal figure not only in the Triratna Buddhist community but also in the history of modern Buddhism. He is known for shaping the political life of post-colonial India and for his social and political work for the Scheduled Caste community (formerly known as the “untouchable” caste).

Despite the prejudice Ambedkar faced as someone from the Scheduled Castes, he gained degrees from both the UK and the USA. He said of himself that he could have had an easier life based in those countries, but that he chose to remain in India in order to devote himself to the uplift of his people and to challenge the roots of inequality. Following India’s independence in 1947, Ambedkar was invited to serve as the nation’s first Law Minister, and also went on to write India’s new Constitution in accordance with Buddhist principles. Despite his many political achievements, remarkable for someone of his background, he realised that removing inequality in society needed more than political and social action. It needed a change in how we relate to each other and how we see the world. It needed a change in ‘mind and soul’. Inequality, he said, is produced by a state of mind, and ‘what the mind creates, the mind can undo’.

A lifelong follower of Buddhism, Dr Ambedkar saw that Buddhism gives people the necessary tools to change their state of mind and provides the basis for the eradication of inequality in society. In 1956, Dr Ambedkar converted to Buddhism along with 380,000 of his followers, giving them what they themselves described as a sense of freedom and uplift. It wasn’t just a nominal change in religion but a collective transformation. When Dr Ambedkar died six weeks later, our teacher and founder Sangharakshita was in Nagpur, and gave talks and initiations to Ambedkar’s bereft followers, supporting the revival of Buddhism in India to continue.

The India Dhamma Trust (IDT) was established in 2009 to support Triratna Dhamma work projects in India and the revival of Buddhism in India and envisioned by Dr Amedkar. By and large the funding provided has focussed on supporting and developing the Indian Ordination Teams as determined by the Indian Public Preceptors Kula. Since 2017 FutureDharma has provided additional funding for the Indian Ordination Teams and for other projects in India and in 2020 formed a formal partnership with, and took over the management of IDT, with a commitment to maintaining the funding commitments of IDT.

Indian projects funded by FutureDharma and IDT include;

FutureDharma and IDT have provided funding to projects in India through three main Indian Trusts – the Triratna Institute, TBMSG Pune and TBMSG Nagpur. In order to be able to transfer funding to a Trust, Foreign Contributions (Regulations) Act (FCRA) registration is required. FCRA registration is proving difficult for the Indian Trusts to maintain, due to the political climate in India. As a result TBMSG Pune has lost its FCRA registration, and registration for the other Trusts is under threat and could be withdrawn at any time. There is a risk that if FCRA registration is lost or withdrawn, funds held by the Trust in question could be seized by the Indian government. As a result FutureDharma has not transferred larger grants this year. The situation remains changeable and uncertain and the deadline for applying for re-registration (and the possible refusal) keeps being extended by a few months at a time (most recently to March 2023); sometimes there seems to be grounds for optimism that reapplication will be successful, at other times less so.

FutureDharma is liaising with a small team representing the Indian Trusts who are investigating reapplications for FCRA with the help of a consultant and we have agreed to help meet any costs which this involves. With members of the Indian Public Preceptors Kula we are beginning to explore other solutions to this challenge; it may for example be possible to find ways of funding Dharma initiatives which do not require transfer of funds to a Trust and an FCRA registration.

This challenge also presents an opportunity for our Order and Movement in India to develop financial self-reliance and self-funding, thus scaling down the reliance on the wider Triratna for funding. Discussions are taking place about developing fundraising skills and resources in India and many are confident that there is the capacity to raise significant funds from the Indian Sangha.

One significant concern through all of this has been support for members of the Indian mens’ and womens’ Ordination Teams, especially when it became clear that it was too risky to transfer the funding for 2022. As a result the Indian Public Preceptors decided to use capital funds held in India for a retreat centre to provide, where applicable, a one-off retirement payment to members of the Ordination Team, providing them with financial security into 2023. The expectation is that when possible FutureDharma / IDT will ‘reimburse’ these funds.

Despite the challenging circumstances and the risks involved FutureDharma has provided some modest funding to projects in India. We have transferred Amrutasiddhi’s support for next year, provided about £25,000 for the development of the Sudarshanbhoomi retreat centre, and funded Kumarajeev’s outreach visit to the Indian community and others in Trinidad. There may be other smaller projects which we can fund in the short term.

Continuing with your support

This is of course a very concerning situation for our brothers and sisters in India, especially those you are directly supported through FutureDharma and IDT, but it is also an opportunity. We are committed to finding ways of continuing to support Triratna in India, even if the modes and methods evolve with time, and to finding creative solutions to the present challenges.

Thank you for reading so far and thank you for your continuing support for FutureDharma / IDT and our Dharma brothers and sisters in India. Despite the challenging conditions in India, we are committed to doing all we can to ensure our Indian Sangha have whatever financial assistance they need. We would be very grateful if you would continue to give. If you can maintain (or even increase) your present donation that would be fantastic; if you do feel you need to reduce your donation please continue to give at least a little, rather than stopping altogether.

With thanks and metta, 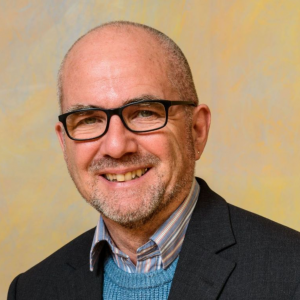 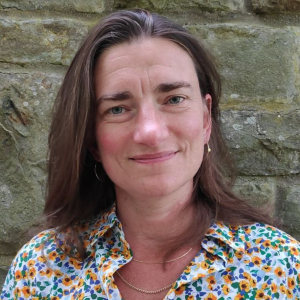