Friendship is most important 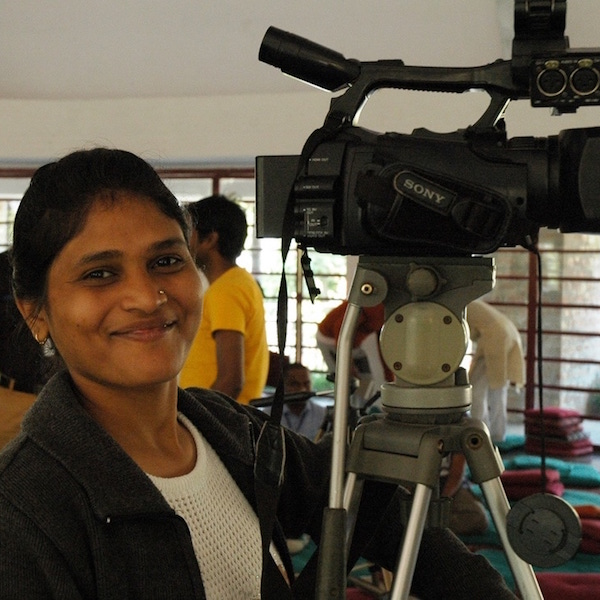 Following last week’s film about India Dhamma’s Young People’s Projects, this week Liz celebrates the achievements of a young member of our Sangha in India.

Neha Gajbhiye is a graphic designer, film-maker, and a GFR Mitra. She lives in Nagpur with her husband Maitriratna and shares her Buddhist practice with her family, who are also involved in Triratna. But it wasn’t always like this. Neha has worked through incredibly hard circumstances to create this life for herself and her family. 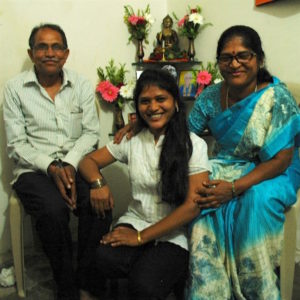 Neha was born into a Scheduled Caste (ex-untouchable) and her father suffered with alcoholism, which led him to violence. Despite her tough conditions, Neha had dreams to make something of her life, and studied hard to qualify in animation, working at the same time to pay for her studies. In a typical day she’d get up early to complete her household chores before leaving the house at 6AM, work in a photo studio, return home to study, and go to bed at midnight.

In 2007 however, things took an unexpected turn. Neha’s father met the Dharma on a day retreat led by Subhuti. Only a few days later he gave up drinking alcohol and determined to improve his life.  He later met Aryaketu, the Director of Aryaloka Computer Education, a Triratna Project providing training in computing as well as English and other skills such as self-defence.  Now proud of his daughter’s hard work, Neha’s father told Aryaketu about her achievements and asked if she could attend courses. 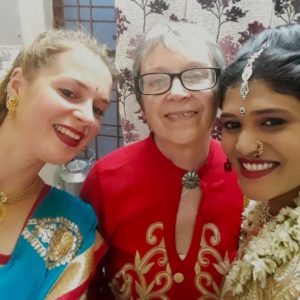 Neha’s skills and determination were recognised, and she became one of the first Young Indian’s Futures students, gaining the support of many Order members, especially Shakyajata. She moved into the first community of young women, in Indora. Neha was an outstanding student, and was invited back to teach animation after she graduated her courses in 2009.

Since then Neha’s journey into a professional role hasn’t been easy. As a young woman she has encountered prejudice along the way, but her tenacity and self – belief has brought her success. When her colleagues refused to train her in camerawork Neha simply taught herself.

Neha now works for Lord Buddha TV, an alternative news channel that broadcasts across the whole of India. She also makes documentaries, including one about the influence of Dr Ambedkar in the Romany Gypsy community in Hungary.

Neha’s work for Triratna is invaluable – she covers and broadcasts talks from Order members at events including the National Network of Buddhist Youth conferences. Her work continues to be challenging, as she puts it:

“My struggle is not finished!”

Neha says she never would have believed it possible for her to be living as she does now, and attributes her success to her Dharma practice, the support she has received from Order members, and her time at Aryaloka Computer Education:

“I met Triratna, I learned about Buddha and Dr Ambedkar…. If I didn’t study there, I wouldn’t be here now.” 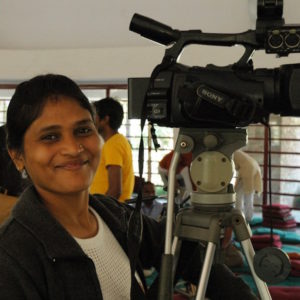 Neha is determined to continue to work to make the Dharma accessible to others, drawing on her life experience and belief in sangha:

“I know what it’s like to be hurt, so I believe in not hurting others. Respect each other…friendship is most important…”

With thanks to Neha Gajbhiye and Annabeth Orton for help in writing this piece.

(Photos: Neha with her parents, Neha with Annabeth and Shakyajata, Neha and Maitriratna on their wedding day, Neha at the NNBY Conference).