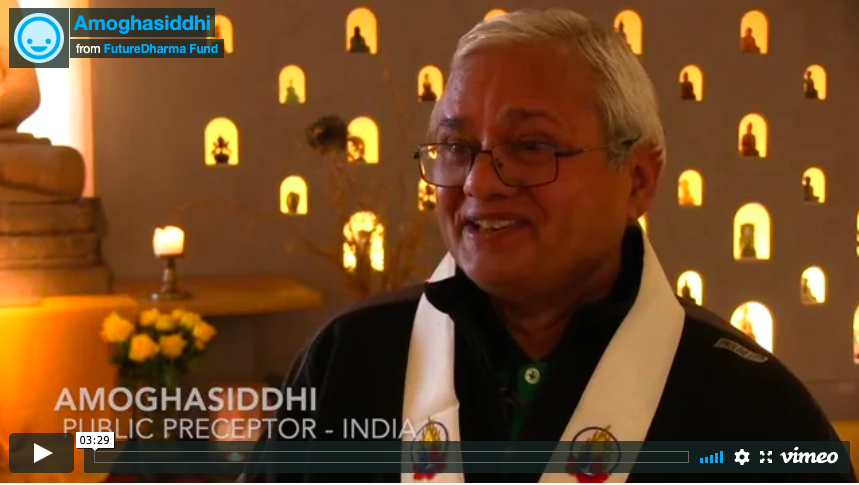 As the year draws to a close we bring you news of how you’ve helped Triratna’s pioneers and intrepid Mitras stay connected with our worldwide sangha.

First up is Amoghasiddhi, a Public Preceptor in India who believes friendship across the globe can teach us how much we all have in common. Next, Manjupriya, the only Order member in Brazil, who has run a sangha there for 16 years. Vajragupta wanted to help him, and FutureDharma supporters helped him do it. Finally, some news about some of the work FutureDharma does behind the scenes to help other projects.

The world (really does) need what we’ve been given. Enjoy!

If you don’t already get our newsletters you can sign-up for them here. 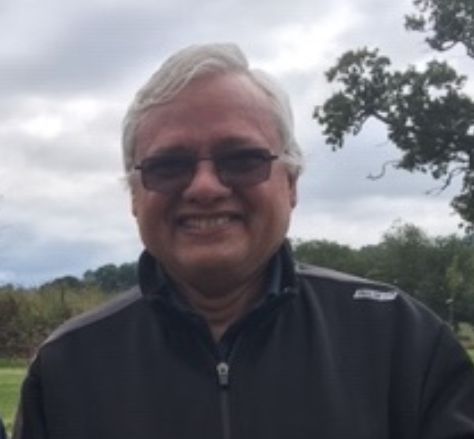 “… coming over here and spending my time with senior Order members added so much to my Shraddha. I feel really proud to be a member of this Sangha.”

Strengthening our international sangha is really important to us, and we know it is for many of you too. In June we helped Amoghasiddhi travel from India and spend 6 months in the UK.

A much loved Public Preceptor, Amoghasiddhi was invited to the UK by the Preceptor’s College in order to build stronger friendships and understanding between our sanghas in India and the West. He was based at Adhisthana, where he quickly became part of the community, joining a chapter and meeting the many visitors that come through.

Amoghasiddhi also took part in retreats, spoke passionately at the International Gathering, attended the Order Convention in Wymondham, an International Council meeting, and worked with the ordination team at Padmaloka. 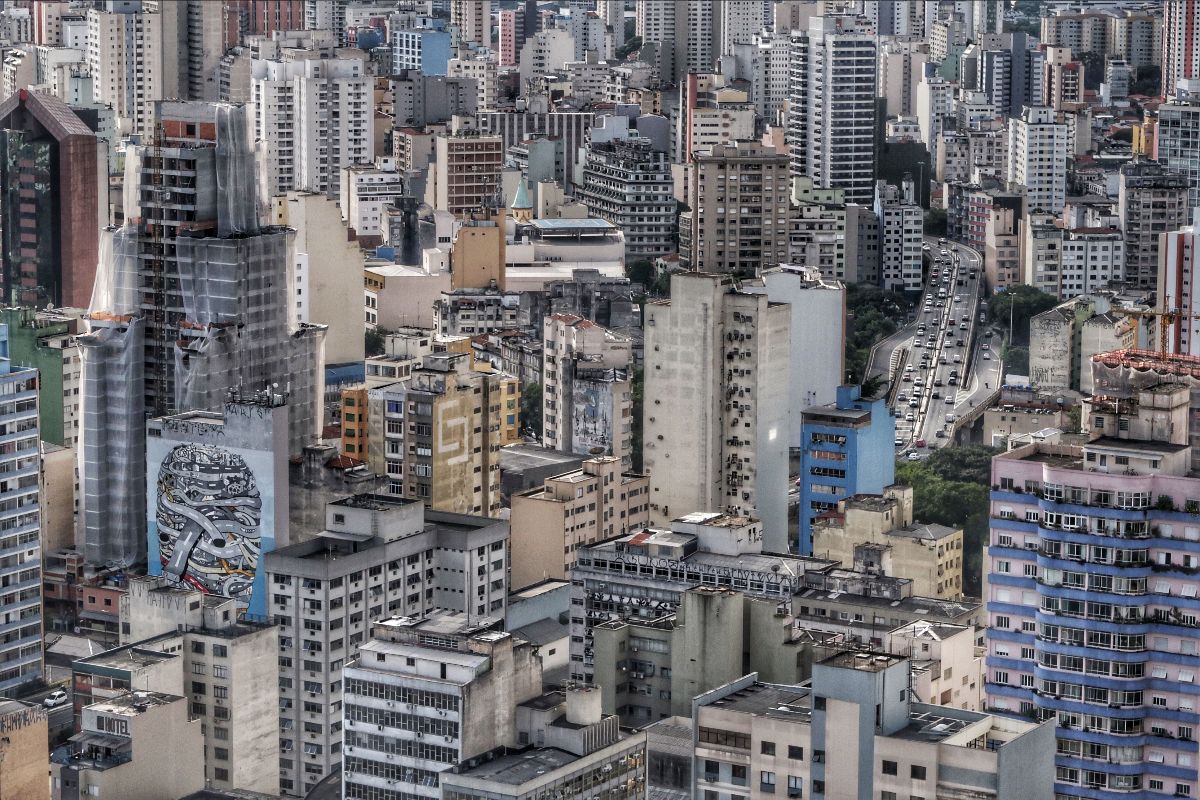 “I think of São Paulo as the New York of South America. It’s huge  – maybe 15 million people – dominated by high-rise blocks, though with green parakeets flying between them! It’s the business capital of Brazil: fast-moving, busy and bustling, culturally very diverse, and with a huge disparity between the lives of the wealthy and the poor.”
– Vajragupta

What is the Triratna’s most far-flung sangha? Vajragupta thinks he may have just visited it. He’s just returned from Sao Paulo, Brazil where he spent 4 weeks with the small but dedicated sangha of 20 people. Of course, it’s hard to say which centre is the most far-flung – Sao Paulo’s nearest Triratna sangha is in Merida, Venezuela, 2,700 miles away – so arguably they share the title!

The Sao Paulo sangha depends on Manjupriya, the only Order member in Brazil. Despite needing to work full time to support himself, he’s pioneered to build the sangha for over 16 years, inspiring 15 people to become Mitras along the way. Lucas is one of them, and the Sao Paulo sangha has transformed his life.

Lucas and the other intrepid Mitras may become Brazil’s first Order members, but first, this tiny outpost sangha needs stronger links with the worldwide sangha. Manjupriya needs more connection with other Order members.

This summer we flew Vajragupta out to Brazil. He packed as much as he possibly could into his 4 weeks with the Sao Paulo sangha, giving talks, running classes, and leading a retreat on the myth of Avalokitesvara. Vajragupta brings many years of experience of centres and pioneering, and will continue to be a vital link between Sao Paulo and other centres. 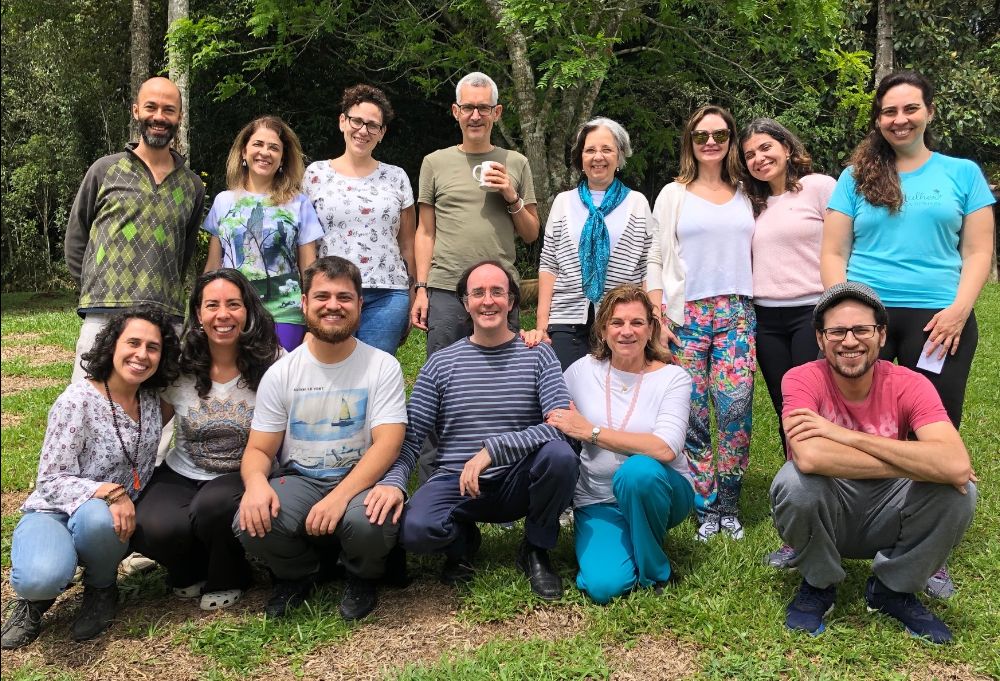 “The sangha is like a very small and tender plant… we’re just hoping it can put down roots into the Brazilian soil and start to grow and flourish.”
– Vajragupta

Behind the scenes: helping out

You know that FutureDharma helps people give money to Triratna projects. But did you know that behind the scenes we do other types of work? From the get-go, FutureDharma has sought to help other projects when we can, by sharing the expertise we have.

When Prajnaketu launched an appeal to support young people from isolated communities in India attend the International Buddhist Youth Convention Amalavajra was happy to help. Amalavajra shared his experience and encouragement, and with generous gifts from supporters, Prajnaketu smashed his target. Together they made it possible for 45 young people to connect with the worldwide Triratna sangha. 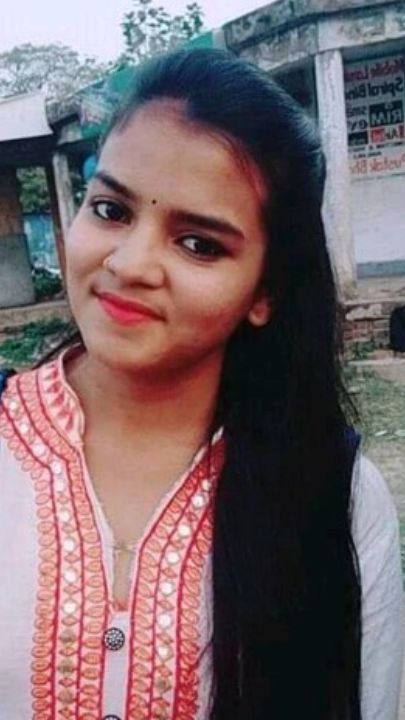 “My family is not able to give me the amount for registering at the IBYC. I also belong to a politically very conservative community where the girls are not allowed to find a new way to live their own life. Participating in the IBYC will give me an opportunity to explore my own mind and connect with other inspiring young people who are living their lives creatively. I want to learn the Dhamma because it gives me confidence to live a better life.”

Here’s a thank you from Prajnaketu:

If you give to FutureDharma, thank you. Your gifts are making more of a difference than you might have known. We’ll be bringing you more stories of how you help FutureDharma support other projects in later newsletters.

If you don’t yet give to FutureDharma Fund, please consider joining us. You’ll be making more of these projects possible, and connecting our worldwide sangha.